The Story of the Search for South Africa’s Adopted Son 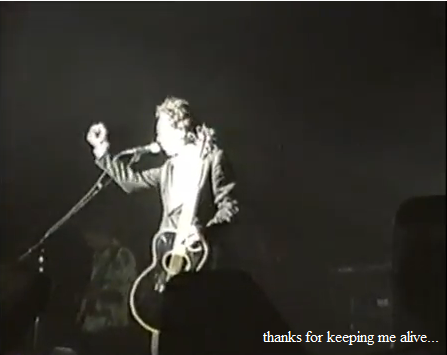 Take a look-see at the nominees for Best Documentary from this past year.  They include AIDS epidemics, the Israeli secret service, familial turmoil in the West Bank and the cover-up of rape victims in the US military.  Difficult subjects of depth, intrigue and emotional weight.  So who ended up taking home the trophy?  A movie about the mysteriously short career of a Detroit based musician.  While the film ducked under the same radar as its subject, a viewing will prove the Academy made the right choice this year.  Searching For Sugar Man is a profoundly human story full of mystery, surprise and some of the best music you’ve likely never heard before.

Ever hear of a seventies era folk rocker named Rodriguez?  Just Rodriguez?  Before Searching For Sugar Man, neither did I.  This Swedish doc explores the extraordinarily brief career of the Detroit based singer/songwriter.  In the Motor City, he cut a pair of records, released them to a public ripe for his Dylan-esqe protest sound and sold about ten copies before fading into obscurity. So why didn’t he hit it big during an era of unrest?  How come his biggest fan base resided a continent away?  Why did he disappear into the ether, leaving behind fractured stories of his suicide?  The answers to these questions are most of the fun in this doc, full of twists, turns and redemption

Right off the bat, the music is placed front and center throughout the film and for good reason.  Even with only a sampling of songs, the craftsmanship and tenacity of the recordings are astounding.  Socially conscious folk with a revolutionary edge, the music of Rodriguez catches your ear and never lets go.  In fact, the opening thirty minutes of the movie almost comes off as a strange episode of VH1’s Behind The Music but as the mystery unravels, you get sucked into the personal story of this mysterious artist.  As the cliché goes, sometimes the truth is stranger than fiction.

It also doesn’t hurt the film is beautifully photographed, using a combination of 8 mm film, animation and an iPhone app after director Malik Bendjelloul ran out of money.  From the gritty exteriors of Detroit to the streets of South Africa, Searching For Sugar Man is well framed and for the most part, well paced.  The only low points are some obvious filler between the opening and the central reveal but when the movie hits its stride around the fifty minute mark, it never looks back.  You can also make the argument the director really pushes his subjects to amplify the drama, but all that is forgivable given the care he gives the mysterious guitarist.

Filmed on a shoestring budget, simply for the love of the material, Searching For Sugar Man is a touching and empathetic piece of filmmaking.  With a fascinating and exceptional central subject, the movie becomes a celebration of talent and beauty in a year full of bitterness and pain.  While the doc may not pack the punch of the other nominees, I walked away happy to have met somebody so quietly wonderful, both behind the guitar and in everyday life.   A lovely film about an extraordinary person.

Jersey based and New York bred, Bill Tucker is an author of film reviews, short fiction and articles for variety of sites and subjects. He currently blogs for The Austinot (Austin lifestyle), the Entertainment Weekly Blogging Community (TV and film) and SkirmishFrogs.com (retro gaming). He's also contributed articles to Texas Highways magazine. His favorite pastimes include craft beer snobbery, gaming and annoying his friends with random quotes from The King of Comedy. You can check out all of his literary naughty bits at www.thesurrealityproject.com END_OF_DOCUMENT_TOKEN_TO_BE_REPLACED
This entry was posted on Tuesday, March 5th, 2013 at 5:29 am and posted in Movie Reviews. You can follow any responses to this entry through the RSS 2.0 feed.
« Aladdin (1992)
Insta-Piece – Smoke Curls Up From The Manhole »