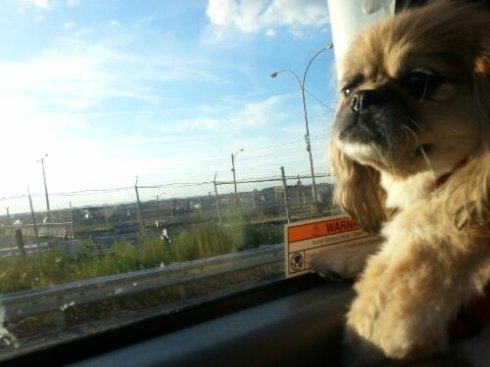 Mr. Ming steeling himself for the adventure ahead.

The apartment looks twice as big when there’s not a damn thing in it.

The last thing I thought when I closed the door to 490 East 74th St wasn’t waves of nostalgia or reminiscing about my three plus years in NYC. It was the practical matter of how my voice echoed in the empty living room. The ocean of space and opportunity a vacant apartment presents.

That’s the story of Day One. Practicality. The steadfast work of loading up the truck with everything we own. Jamie’s kung-fu kick to the box spring to get it down the stairs. The $200 payoff to the guy whose driver side mirror we wrecked pulling away. To our credit, he was double parked too. 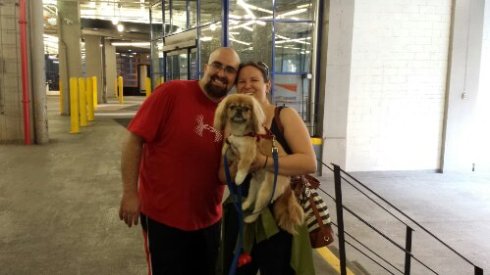 It was the three hour trek to the Lincoln Tunnel. Two hours to go fifteen New York City blocks, during which I was able to walk to a hardware store, buy a lock for the truck, pick up some food stuffs and walk back to the vehicle. No worries, traffic had moved a block and a half. Could have had a full dinner if I wanted to.

It was the burst of adrenaline when we first broke free of the 495 slog and sprung onto Turnpike South. Exit 6 to the PA Turnpike and $20 tolls. A 9:00 Burger King dinner in an empty King of Prussia rest station. Bad food in worse lighting never tasted better. 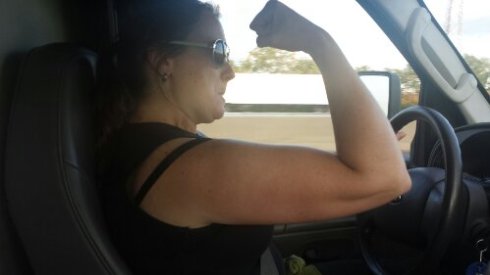 Showing off the guns

As we settle down in a Pottstown, PA Motel 6, I can’t help but think of how much was done in fourteen hours. Drew Gilchrist’s heroic box moving. Bobby’s selfless dedication to lugging the heaviest furnature. The guy in the toll booth who said, “Must have been a long day”, when we pulled up to pay.

It was young fella. It was.

The only New York sadness hit unexpectedly. Driving along somewhere around hour six, the local radio station started playing Brass Monkey by the Beastie Boys. I looked up at a driving Jamie and said, “Awww. New York.”

Sometimes, even in the most practical of days, there’s a little room for old fashioned thoughtfulness.

Oh, and the truck looks tiny when there’s piles of crap resting in it. 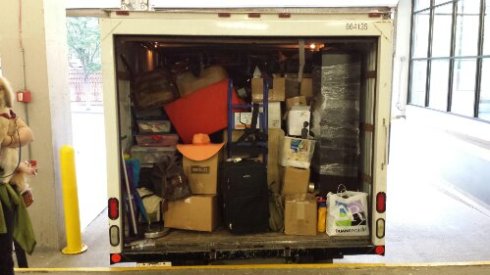